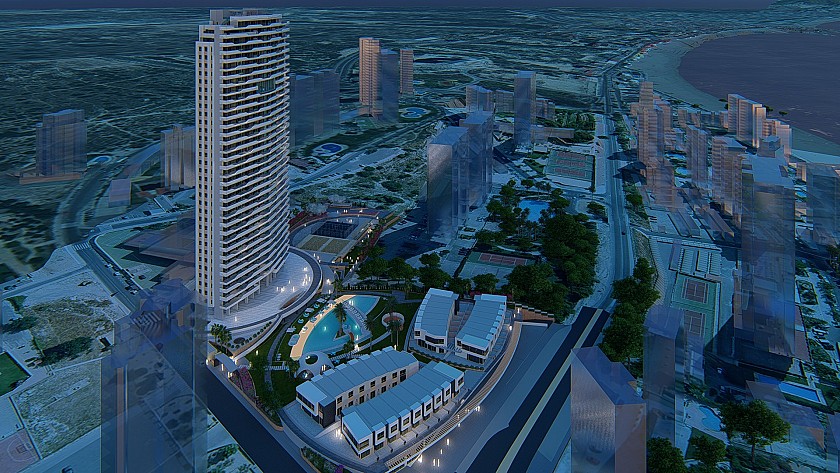 Benidorm – Sold out. Springtime is here and the hotels in Benidorm are almost sold out for Easter. Brexit or not the Brits love Benidorm. But not only the English also a vast  number of national tourist have booked a room in Benidorm for Easter.

More about Benidorm; Benidorm has been a tourist destination within Spain since 1925, when its port was extended and the first hotels were built. However, the real “boom” of Benidorm as a coastal resort did not happen until the 1950s, when it became a famous summer destination for people coming from inland Spain, especially Madrid. Today it is known for its hotel industry, beaches and skyscrapers and receives as many or even slightly more foreign tourists as Spanish ones. Source Wikipedia.